Pope: Indigenous Peoples and grandmothers are a precious treasure of the Church 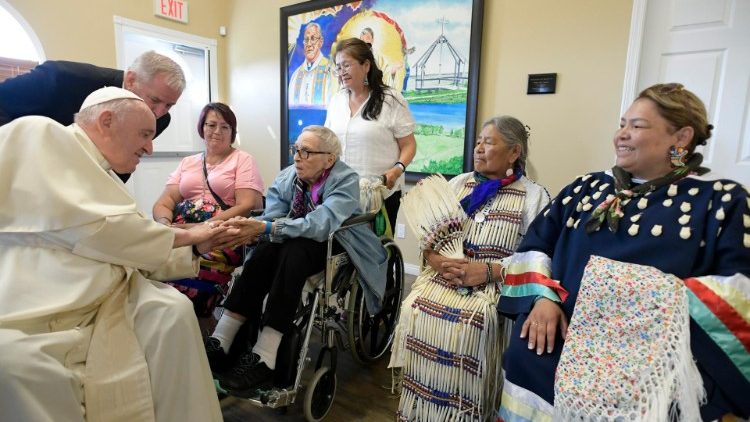 Following the Mass in the Commonwealth Stadium of Edmonton, on Tuesday, Pope Francis celebrates a Liturgy of the Word at Lac Ste. Anne, one of the most sacred sites for Indigenous peoples of North America, long known as a place of healing. In his homily he says that Indigenous Peoples and grandparents are a precious treasure of the Church.