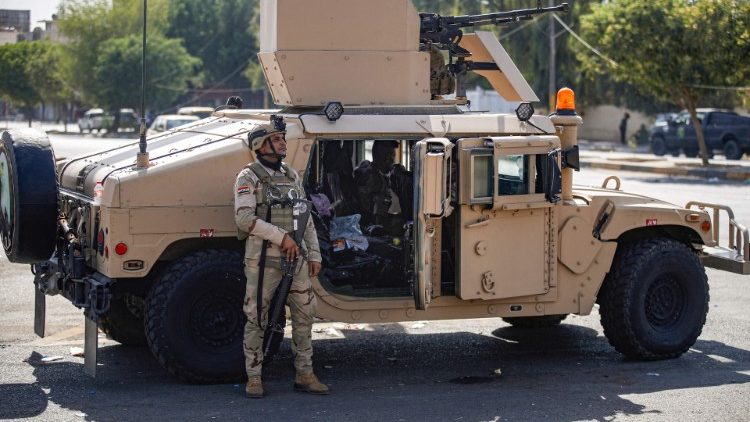 New violence has erupted in Iraq after influential cleric leader Moqtada al-Sadr announced his resignation from politics on Monday.
At least 23 people have been killed in Baghdad during the clashes that ensued between security forces and Sadrist supporters as they stormed Baghdad’s Green Zone. The violence broke out amid an ongoing deadlock that has left Iraq without a new government since the legislative elections in October last year.