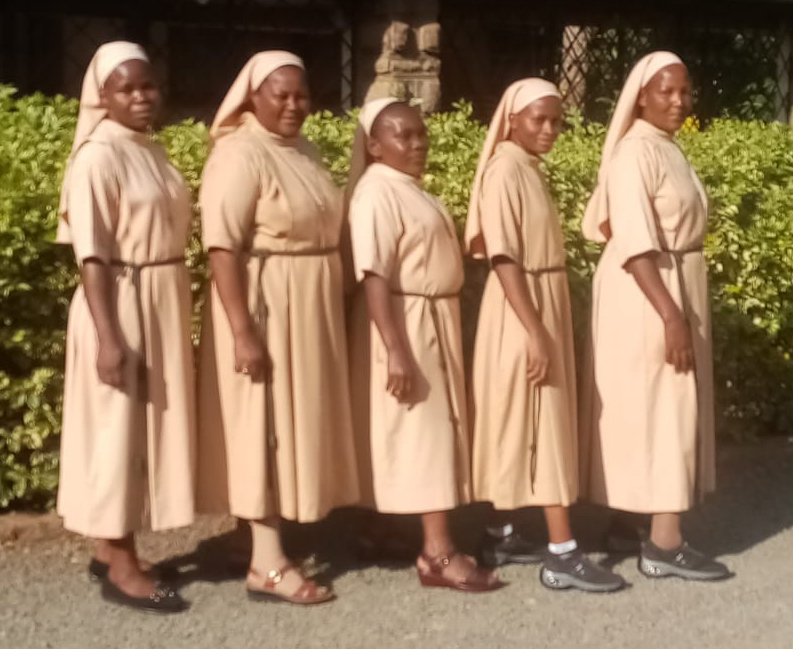 As Franciscan Missionary Sisters, our formation is a continuous growth in the vocation to discipleship of Christ, a process of training that leads to what blessed Francis called the life of the lesser brothers “so that his followers might learn from the very name itself that they have come to the school of the humble Christ to learn humility.”

Our Association achieves the goal of integral formation by faithful adherence to the Magisterium of the Catholic Church, our Statutes, Directory, General plan of formation which specify, principles, contents and procedures of every state of formation.

Our Association, through the Association leaders, gives special attention to the formation process and dedicates resources, opportunity and time as required by the different stages: 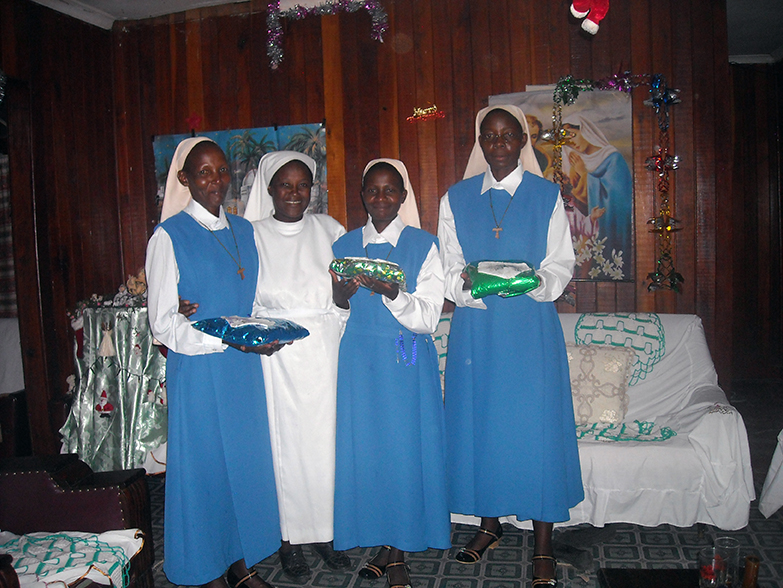 During the time of Aspirancy, candidates remain outside the Association. This preparatory stage aims at verifying their intention and elements of human and emotional maturity necessary to recommend them for admission to Postulancy.  The Directory and General plan of formation sets out the procedure for admission and duration. 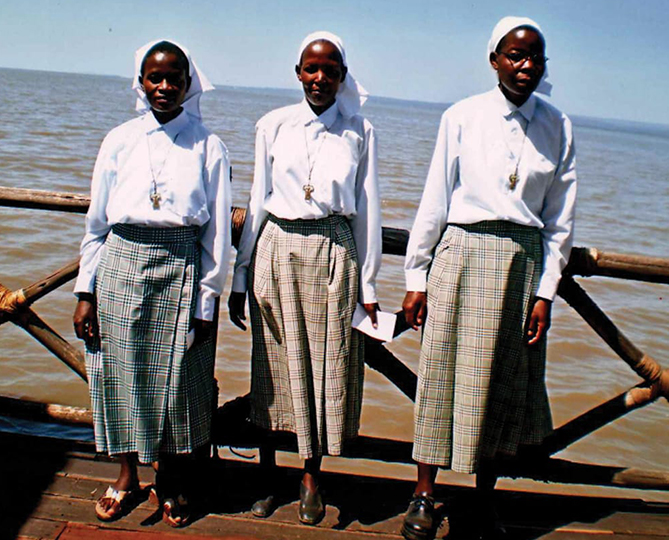 During Postulancy our Association gives candidates opportunity to experience human and spiritual maturity under the guidance of the Postulancy mistress as they respond to God’s call with sufficient and proper responsibility and freedom.

The General Association Leader, with the consent of her Council admits candidates to Postulancy, having heard the opinion and recommendation of the Vocations directress and the Formation team regarding the level of the candidates’ human and emotional maturity, and hope to be formed in our way of life. Postulants are given Checked green Skirts, White blouses, White head-scarfs and a Crucifix made of green and white beads.

Our Association requires that those to be admitted to Postulancy; Are baptized female Catholics between the age of eighteen and thirty years, Have right intention and are not prevented by any impediments, Have good health, suitable character and sufficient qualities of maturity, Have completed secondary school education with a grade acceptable for access to a University or Institution of higher learning in their respective countries of origin, Are introduced by their parish priests, parents, and the leader of the Small Christian community.

Candidates under the age of eighteen and over thirty years are admitted in our Association on exceptional basis by the General Association Leader with the consent of her Council, having heard the opinion of the Vocations directress and the Formation team.

Candidates who had already been admitted into other institutes require a testimonial of the superiors of those institutes.

The General Association Leader with consent of the Council appoints a Postulant mistress, a sister who has an appropriate formation, understanding of the youth, and zealous about the quality and increase of vocations in our Association.

The duration of Postulancy is one year. The period is shortened, or prolonged but not beyond three years, according to the determination of the General Association Leader with consent of the Council, having heard the Formation team.

In addition to the criteria already established for admission to Postulancy, the candidate is to sign a document of no claims of any benefits or compensation whatsoever towards the Association, when she decides to leave or be asked to do so.

Upon completion of Postulancy, the candidate writes an application for admission to the Novitiate. The General Association Leader with consent of her Council, having considered the recommendation of the Postulancy mistress, admits the candidate to the Novitiate. The same authority dismisses a postulant having heard the opinion of the Postulant mistress and the Formation team.

Our Association does not admit to the Novitiate a candidate who, Has contracted marriage which still exists, is currently bound by sacred bonds to some other institute, enters the Association under unlawful external pressure or fear, conceals her former incorporation in another institute, conceals a grave health condition, such as terminal or highly contagious diseases, attracted debts or loans and has not fully served them, has attempted suicide, has been convicted for grave crimes, has committed delicts against the faith, and other grave crimes of which the judgment is reserved to the Holy See, has manifest disoriented sexual tendencies. 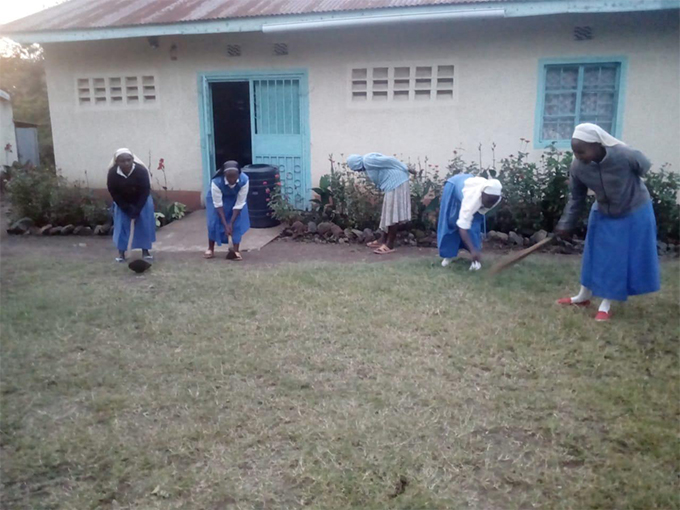 The Novitiate is the period in which candidates begin to experience the way of life of our Association. The Novices are helped at this time to understand better the divine vocation and the demands of religious life in the charism and spirituality proper to our Association. They have the opportunity for human, emotional and spiritual growth as they deepen their knowledge and clarify their understanding of the call to personal union with Christ, fraternal life in community and the significance of living the evangelical counsels of chastity, poverty and obedience.

Entrance to the Novitiate is preceded by a three-day retreat and candidates receive from the General Association Leader or her delegate a white short sleeved habit held by a cloth belt, a cream veil and a Tau as a mark of the beginning of their life in the Association.

The Novitiate programme is established in the Association’s General formation plan, in such a way that it permits the integral growth of the novices in religious life under careful direction of the Novice directress and support of her assistants and all members of the Association. To achieve this, novices are to; be led to cultivate human and Christian virtues through prayer and self-denial, be taught the mystery of salvation, read and meditate on the Sacred Scriptures and worship of God in Sacred liturgy, live a life consecrated to God and to humanity in Christ through the evangelical counsels, learn the history of the Foundation of the Franciscan Missionary Sisters of Hope, learn to love the Church and its sacred pastors.

Novices collaborate with their Directress with openness and trust in the formation itinerary in order to harmoniously integrate the spiritual, doctrinal, and charismatic elements for leading the life of perfection proper to the Association.

The Novitiate lasts for twenty-four months lived in the Novitiate house erected for the purpose of forming novices.

A novice who absents herself, even by reason of sickness, from Novitiate for more than ninety days cumulative, invalidates her entire novitiate period and has to either start afresh or leave the community. An absence which lasts more than fifteen days must be made up. Moreover, the General Association Leader, due to special circumstances, can admit a sister to First profession in anticipation, but not by more than fifteen days.

A Novice is free to leave the Association or is dismissed by the General Association Leader, having considered the report of the Novice mistress and the opinion of the Formation team. 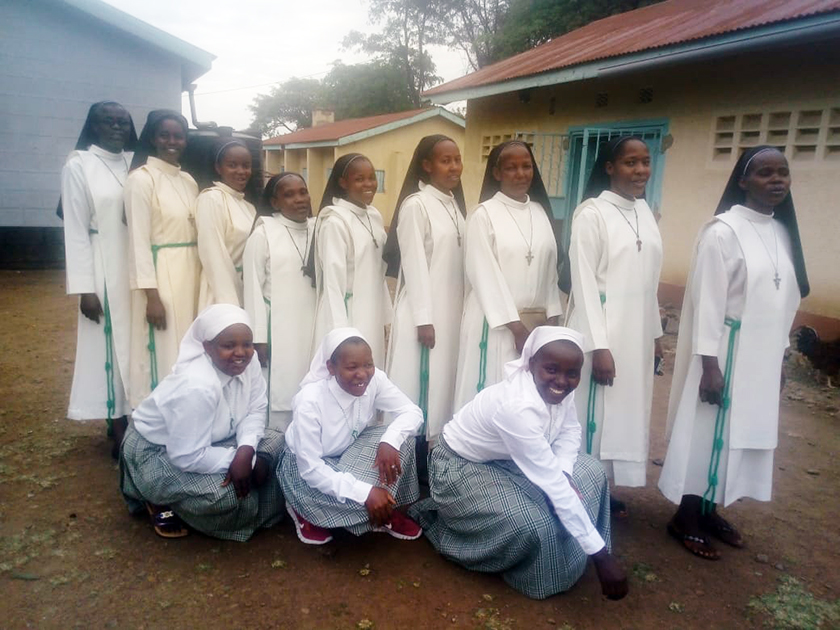 Temporary profession is a phase of formation in which each sister makes real progress in her human and spiritual growth by consolidating the benefits reaped from the precedent stages of formation. It is meant to deepen the vocation and mission of a Franciscan Sister of Hope and solidify the sense of belonging.

Temporary professed sisters diligently commit themselves to learn with openness from their Formators, sisters and the Church, all that enlightens the heart, increases true faith, strengthens charity that helps in living the demands of consecration in the charism of the Franciscan Missionary Sisters of Hope.

Sisters in temporary profession are assigned to houses of our Association and apostolates that favour the process of their formation, and are accorded resources to enhance their spiritual, doctrinal, intellectual, cultural, liturgical, communitarian and pastoral formation, even with suitable academic degrees.

The General Association Leader with consent of the Council admits candidates to temporary profession and to the renewal of promises, having received their applications and recommendations of the Formators, with the opinion of the Formation team.

For the temporary profession to be valid, it is required that; the candidate has completed the eighteenth year of age, candidate has received the sacrament of confirmation, candidate has ceded the administration of their goods and use of the revenue that accrues from them, novitiate has been validly completed, admission has been given by the General Association Leader with the vote of the Council; Profession is expressed and made without force, grave fear or malice; Profession is received by the General Association Leader personally or through her delegate.

The promises made during temporary profession are renewed every year for a period not less than three years and not more than nine years.  At the expiration of the time for which the profession was issued, the Sister who requires it spontaneously and is deemed eligible is admitted to the renewal of the profession or perpetual profession; otherwise, she leaves the Association.

By religious profession, a Sister is bound to live according to the demands of the evangelical counsels and embrace our way of life with rights and obligations as dictated by our rule and Statutes. As an external sign of religious profession in our Association, a sister is given a White Habit, a White Veil, a Jungle green code, the San Damiano crucifix appended on a Silver chain, a White Scapular, the rule of the Third Order Regular and the Statutes. 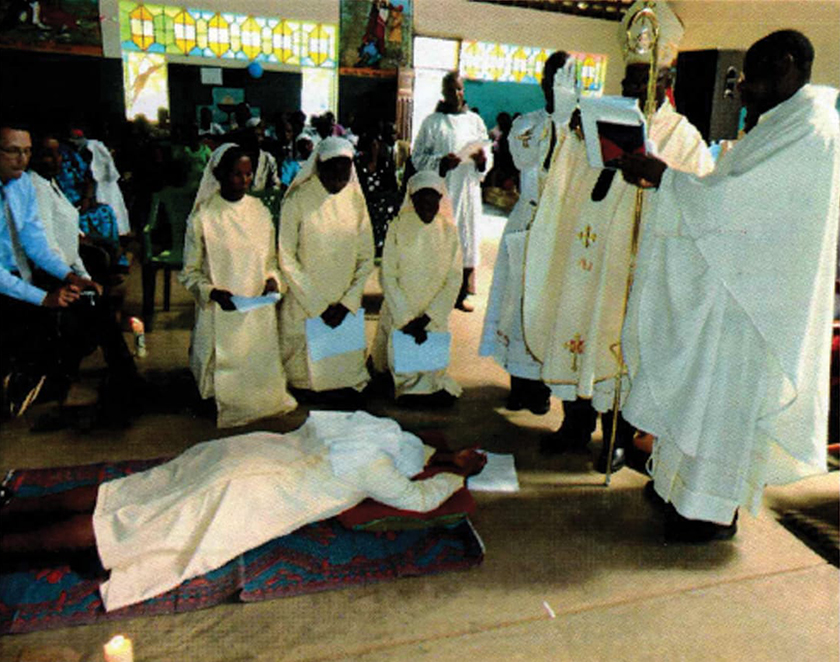 Perpetual profession made by a Sister through the mediation of the Church, radically and irrevocably immerses her in the mystery of the Divine life, and fully incorporates her in our Association as a member with rights and obligations lived in accordance with the Statutes and our charism in perfect adherence to the rule of life proposed by Saint Francis of Assisi.

A Sister, who has duly prepared herself in total collaboration and cooperation with the Formators and members of the Association during the Temporary profession, makes a hand written application to the General Association Leader for admission to Perpetual profession six months to final renewal of the Temporary promises.

For a Sister to make Perpetual profession validly, she is to fulfil the requirements of art.  above, as well as; completion of the twenty fifth year of age, completion of at least three years of Temporary profession, without prejudice to art. 88 above, and the prescripts of can. 657, § 3, that permits the General Association Leader with consent of the Council, for a just cause, to anticipate the profession but not with more than three months.

Perpetual profession is preceded by a period of three months of intensive preparation. The month immediate to the profession is spent in an environment of spiritual retreat. 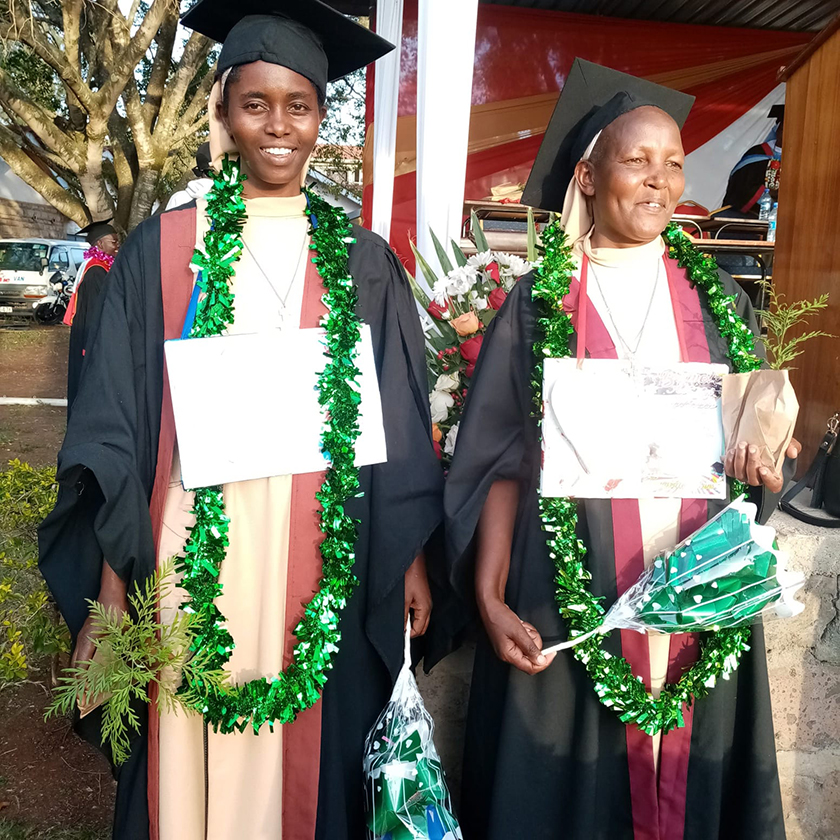 In our Association we continue throughout our entire life to its final consummation to enrich ourselves through spiritual, doctrinal and practical formation through the assistance of the Association leaders in order that we diligently and constantly renew our consecration and commitment in service to the Lord and the human family.

Each sister undertakes ongoing formation with high level of responsibility to enable her believe more in life, community and the Church, and to live more in Christ.

The Association establishes in the General plan of formation the means and times for ongoing formation, attentive to the age brackets of the sisters.